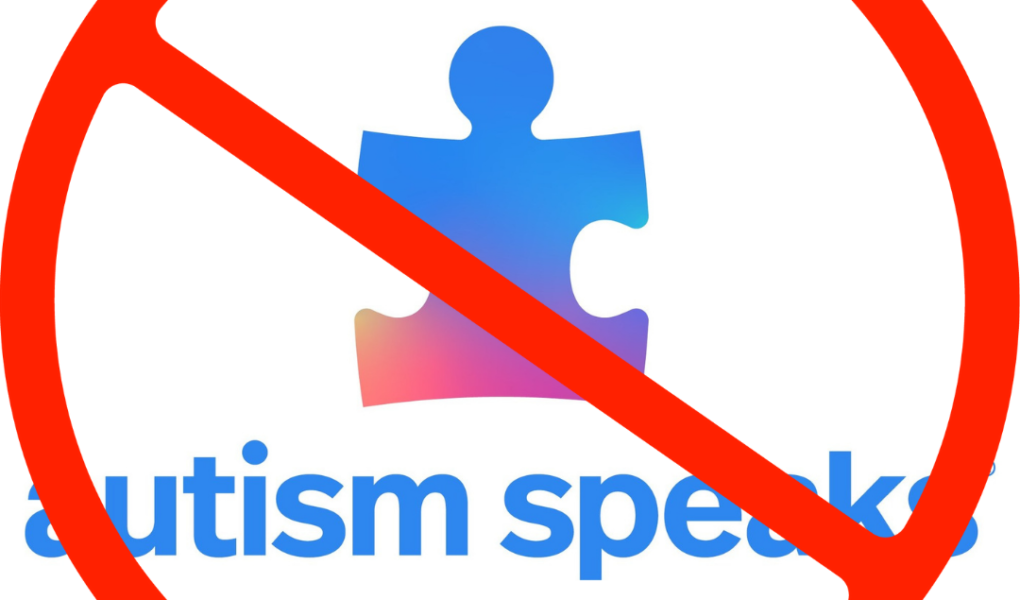 While I was studying for my undergrad I was in a sorority. This sorority, about a year before I graduated, changed their philanthropy, and started supporting Autism Speaks. Before this moment I knew NOTHING of the organization. Really, until my daughter’s diagnosis I never really thought much of it. So, I do understand the many people that support Autism Speaks without knowing anything about their ableist and controversial past. 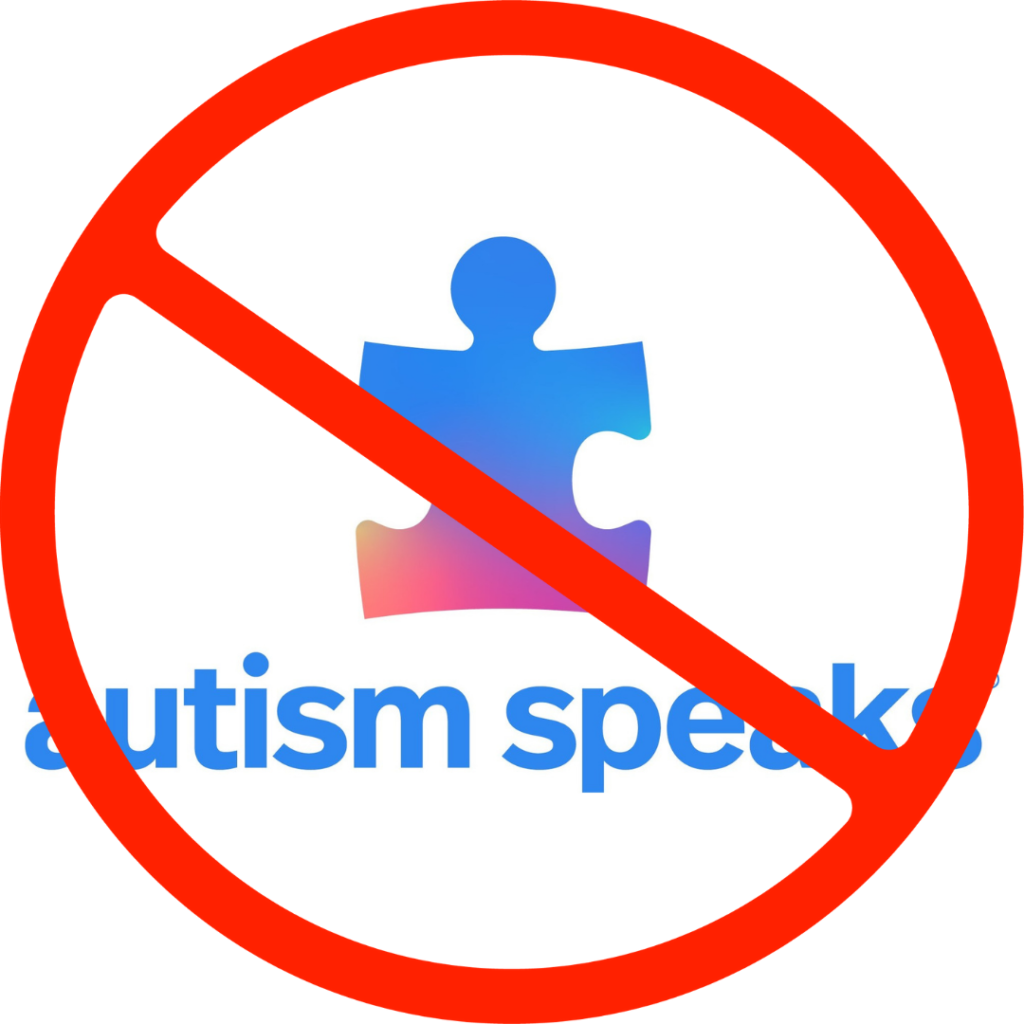 We do not support Autism Speaks!

Autism Speaks is one of the largest “research” organizations in the United States. It is the most visible with walks, fundraisers, campaigns, promoting helping the Autistic community and their families.

How is that money used to help the autistic community?

As listed on the Autism Speaks website their main goals in research include; Seek the causes and types of Autism and lower the average age of diagnosis to under 2 years. They seek to utilize genetic testing in order to sequence genomes from autistic individuals. This will allow them, if successful, to identify Autism in-utero.

Autism Speaks consistently dismisses the concerns of the Autistic community 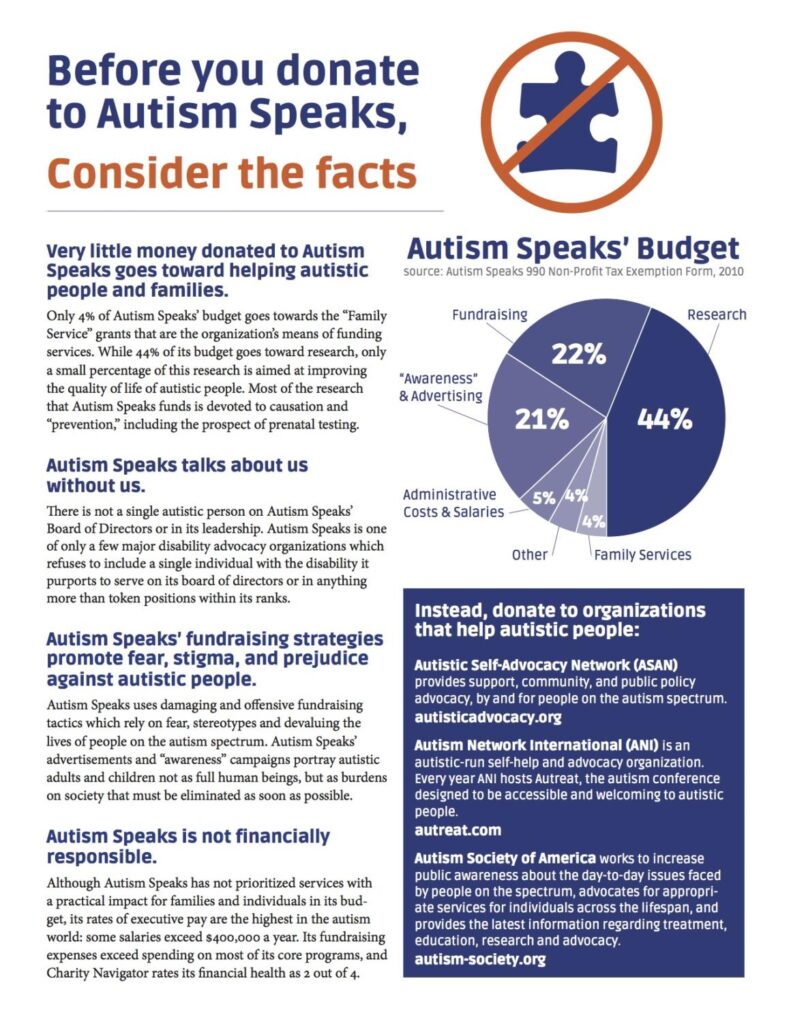 To be an ally, supporting, autistic kids and adults, it’s important to listen to what they say. Listen to their history, what they have dealt with, in regard to traumatic and abusive therapies, and what they want for their own happiness and wellbeing. Autism Speaks is an organization with nobody in a leadership role that is Autistic.

At one time there was an autistic man active within Autism Speaks’ science and treatment advisory boards, John Elder Robison. He left after hearing a statement from Autism Speaks co-founder Suzanne Wright. Wright stated: “Life is lived moment-to-moment. In anticipation of the child’s next move. In despair. In fear of the future. This is autism.”

There has been a rising pride within the Autistic community. Pride in who they are and that means pride in their Autism. Autism is something that cannot be separated from, it guides how they think, feel, and move everyday within the world and they would not like to change that. Fear-mongering done by Autism Speaks leads to hurting children.

In a desperate effort to help their children, parents that have heard nothing but the fear tactics from organizations like Autism Speaks seek out harmful therapies and treatments that will not cure their child but may very well harm them irreparably. These fear tactics have been pushed so often by Autism Speaks. The most well-known example is this commercial published in 2009.

To leave you with a few true statements:

The best thing to do when your child is diagnosed autistic. Listen and learn from the autistic community.

Looking to support an organization supported by the Autistic community?

Here are some great choices.

Disability is Not a Bad Word

We Do Not Need Awareness, We Need Acceptance 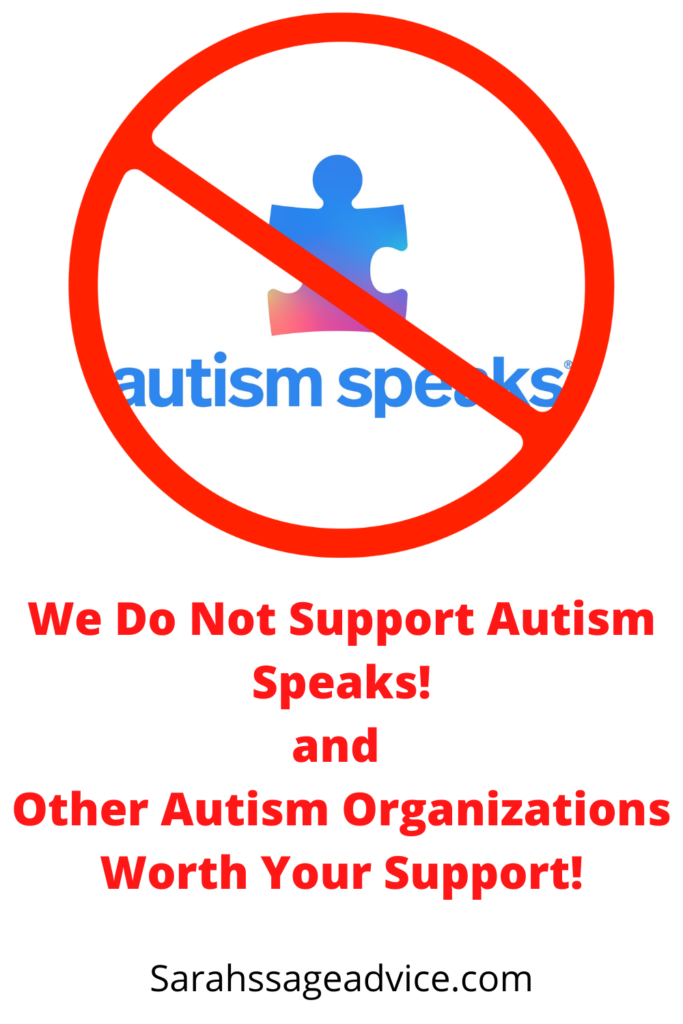