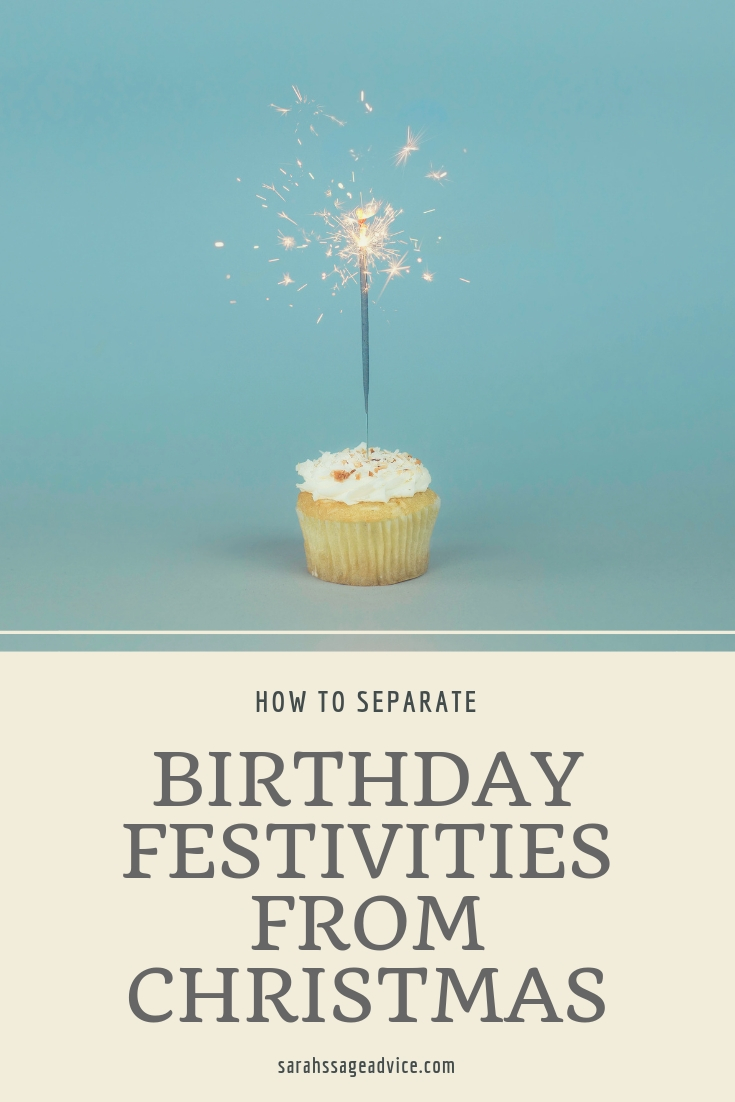 My daughter’s birthday is December 21st. She was actually due December 26th. I’m very glad she came a few days early. Anyway, so far she doesn’t really understand Christmas a ton. She’s going to be five this year and we haven’t made a huge deal over Christmas at home over the last couple years since she was so small. Now, since she’s getting older we want to really celebrate Christmas but this also means we really need to start paying attention to her birthday too. We need to focus on separating her birthday from Christmas and really celebrating it like we would any other time of the year.

My father’s birthday is December 15th and I know he still holds, 70 years later, some resentment for never truly having a birthday when he was growing up. It is definitely hard having a December birthday for this reason. I don’t want my daughter to grow up feeling resentful for never really celebrating her and her birthday.

Here are some ideas, if you have a child with a December birthday, to help celebrate and focus on their birthday away from Christmas.

Have a Party Early

This year we plan to have my daughter’s birthday party two weeks early. We were going to do one week early but that Saturday is December 15th, my dad’s birthday. Trying to make sure he has his own day too we went to two weeks early. I also plan to do this as my daughter starts school. When she wants friends over for her birthday party it’ll be easier for others to come if the party happens before the holiday break.

Decorate for a Birthday

I know some who would not even put Christmas decorations up until after their child’s December birthday. I understand this thought but I think it may be a bit extreme. Especially since it limits the time you can see pretty Christmas lights in and on your home. But you can definitely still add on top for a Birthday. Streamers, balloons, presents, make it an affair.

This can be hard on parents. There’s often so much we budget for Christmas gifts and when there’s a birthday right before it can be easy to say, “We’ll just give her this gift for her birthday instead of Christmas.” But then, Christmas comes around and that child is receiving less then their siblings. We could try to teach them to understand they just got presents for their birthday two weeks before but that’s hard for small children to grasp. Also, their siblings are getting all their Christmas presents plus birthday presents they’re just months later. Stick to a budget for Christmas and separate the birthday presents from that budget.

Perhaps Focus on an Experience

I love remembering fun experiences when I was a kid. Perhaps the perfect way to celebrate a December birthday is to focus on a memorable experience rather then gifts.

Do you have other fun December birthday ideas? I’d love to hear them.

How to Handle Holiday Birthdays