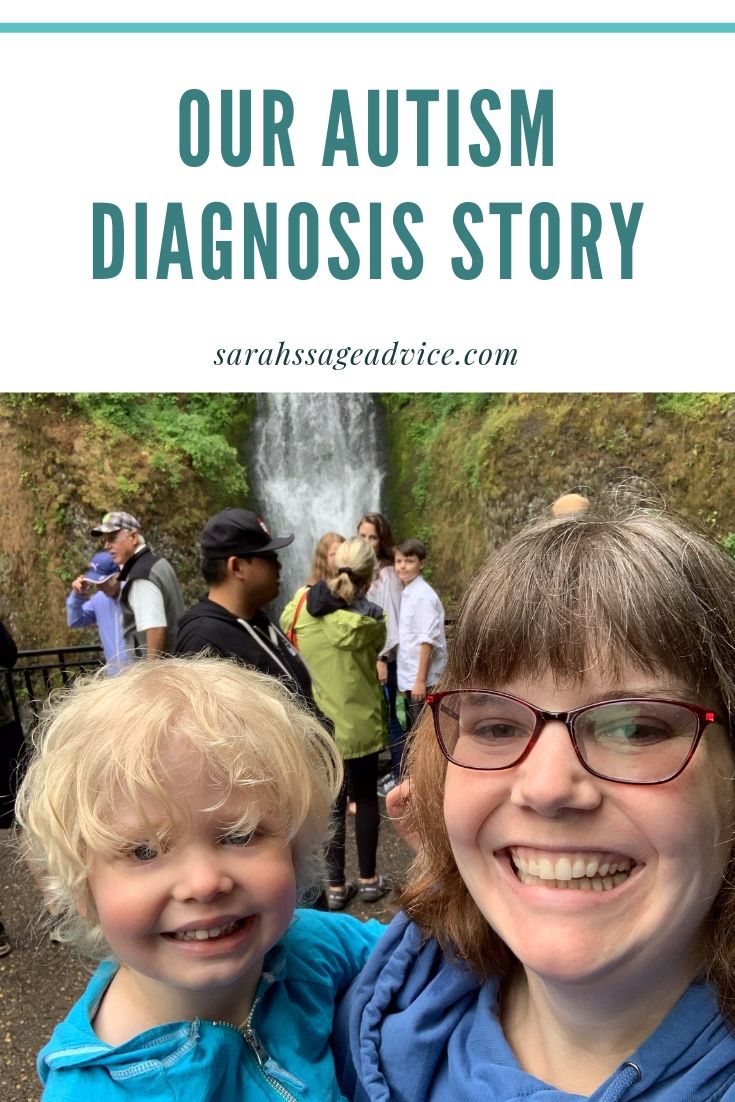 Three weeks ago, my three and a half year old daughter, Gwenie, was diagnosed with Autism Spectrum Disorder. She is a bright, intelligent yet non-verbal, active and happy little girl. 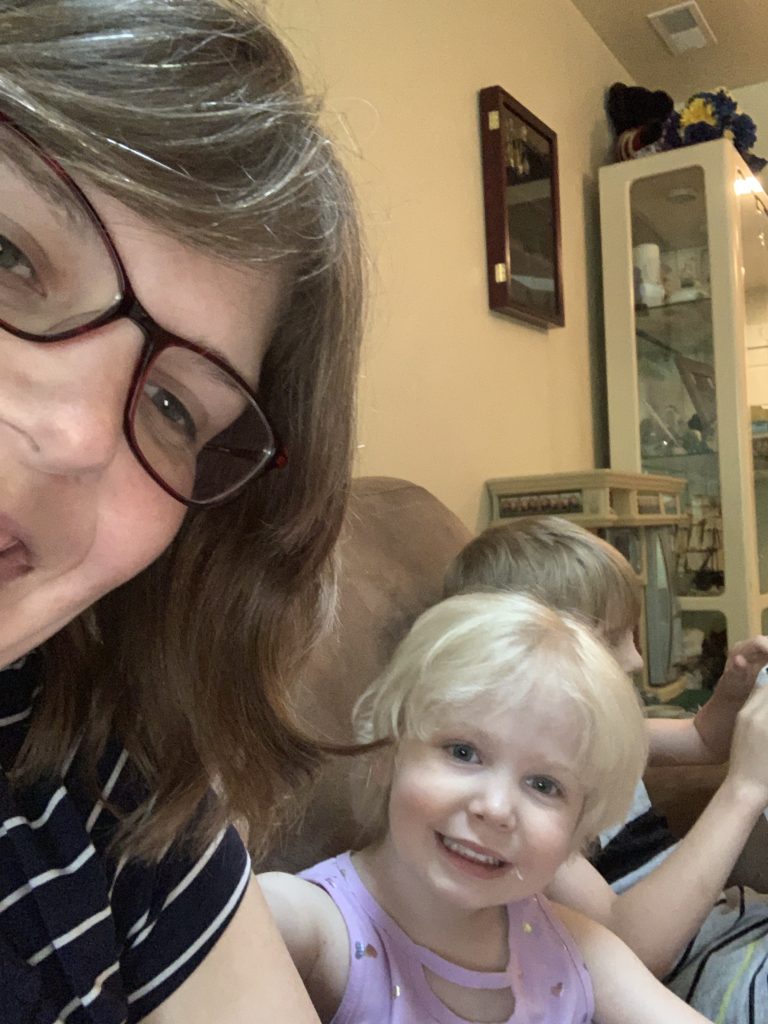 When did we start suspecting?

When Gwenie was just shy of two years old she hadn’t really started talking. She would say a couple random words at times but that was about it. We put her in speech therapy. On and off through that first year of speech she did well. Some days she say all kinds of words (usually just naming things, like “ball”) other days she didn’t want to say anything. She did however babble a lot.

A year after she started speech at the first therapy company and after she had a sudden therapist change, we decided to try somewhere new.

This last November we started speech at a new facility, and we loved it so much more. Gwenie did make progress in her communication but by no means big jumps she was still very behind. After just a couple months with the new therapist it was suggested that Occupational Therapy may be another good fit for Gwenie. She seemed out of sorts some days but then loved certain activities like just lying in a ball pit.

During the initial evaluation they described Gwenie as a sensory seeker. She was always on the move doing crazy activities trying to get more and more sensory input. Activities such as hanging upside down, jumping, sliding, swinging, it was a constant go. 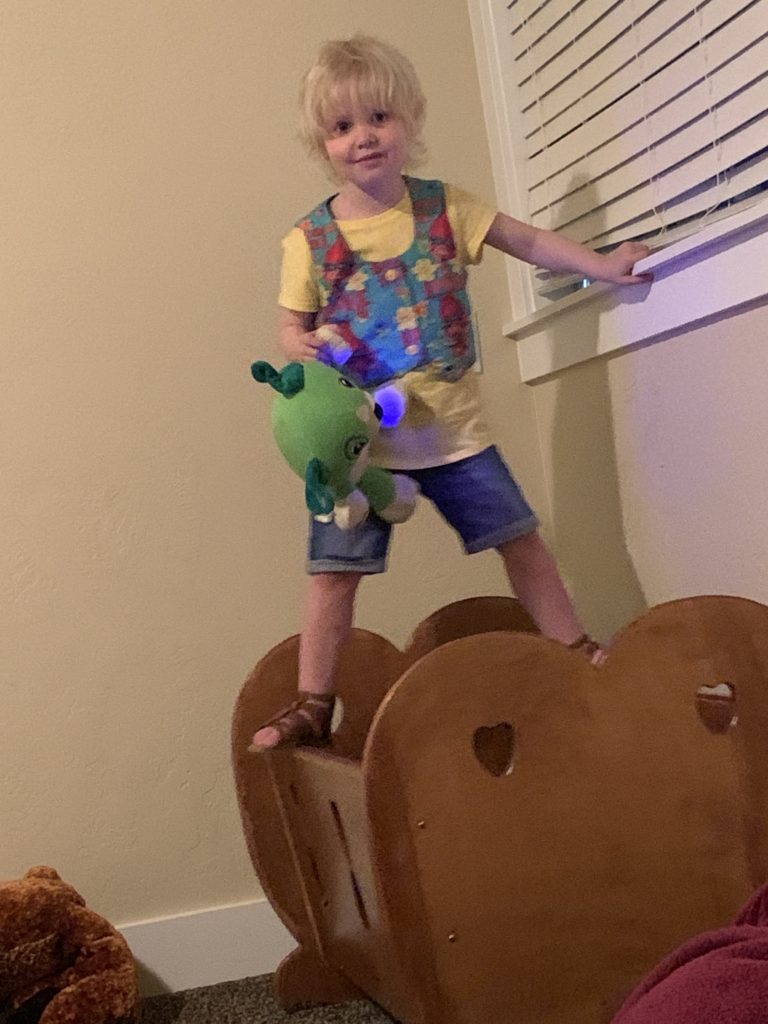 Up until this time I had it suggested a couple times that Gwenie may be on the spectrum and each time it was suggested I did think it over, I didn’t dismiss it right away, but I didn’t think it was true.

Why? Because she didn’t fit into the stereotypical mold that I thought of.

The stereotype I was thinking of was not understanding the difference in Autism between boys and girls. Autism can often times be missed in girls because they can be more subtle.

After just a couple months in Occupational Therapy we decided, since Gwenie was now three, to have her evaluated and assessed for the developmental preschool with our school district. She was admitted due to her severe social delay. 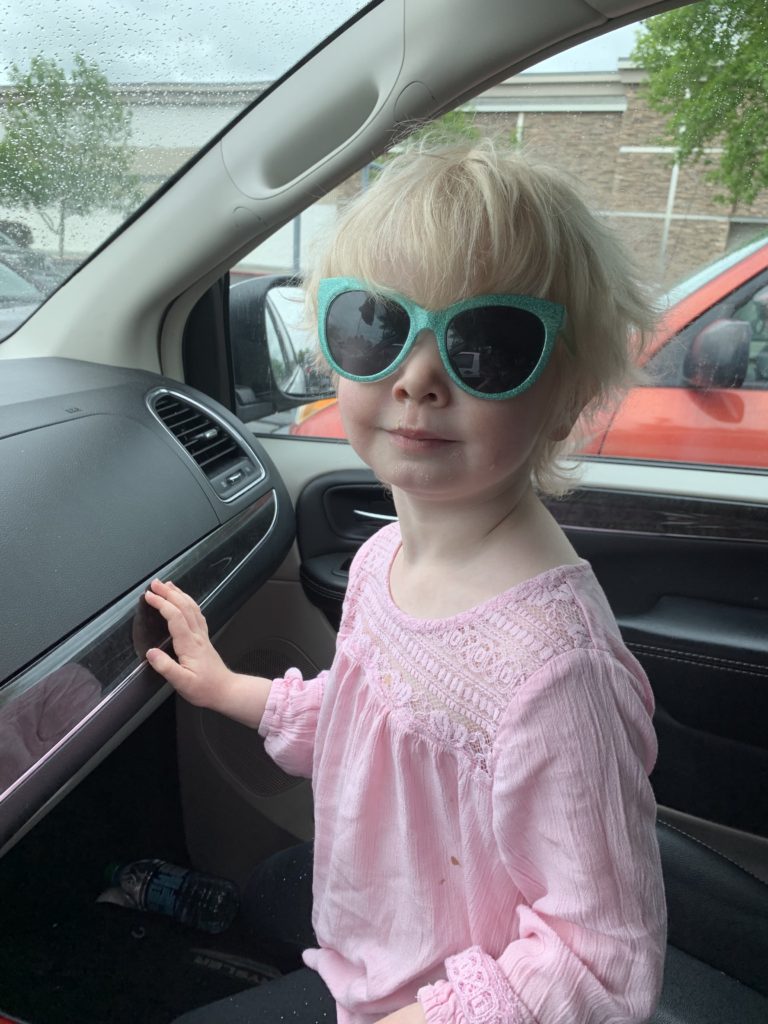 Gwenie will play BY kids; she does not play WITH kids. She will not approach other kids and doesn’t have the verbal communication. She understands plenty but there are times she does not listen to others like she does to me or her dad. So, we see her understanding more than others do.

Finally, in March or April I went ahead and contacted our family doctor about a referral for her to have testing to see if she is on the spectrum.

The wait, for a lot of people around the United States at least have LONG waits. Testing takes 2 days and we were originally told it’d be 10-12 months. I cannot tell you why that changed but she was set for an appointment the beginning of June and by the end of June we had her diagnosis.

I have feared writing about Autism and my daughter but there still needs to be more awareness. It’s starting to happen. I see many different vlogs and blogs out there that share their journey, their progress and their lives with so many in an effort to build acceptance. I hope to do the same as we go through this additional piece of our lives and will be sharing about Autism.

Wishing I Could Hear “I Love You”

6 Ways to Teach Your Children Gratitude 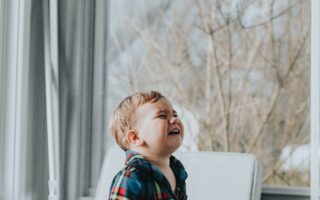 31 Days to a Positive Inner Voice: Self Esteem and Quality of Life