Skip to Content
Home / Blog / For Mama / Am I Done Having Kids? 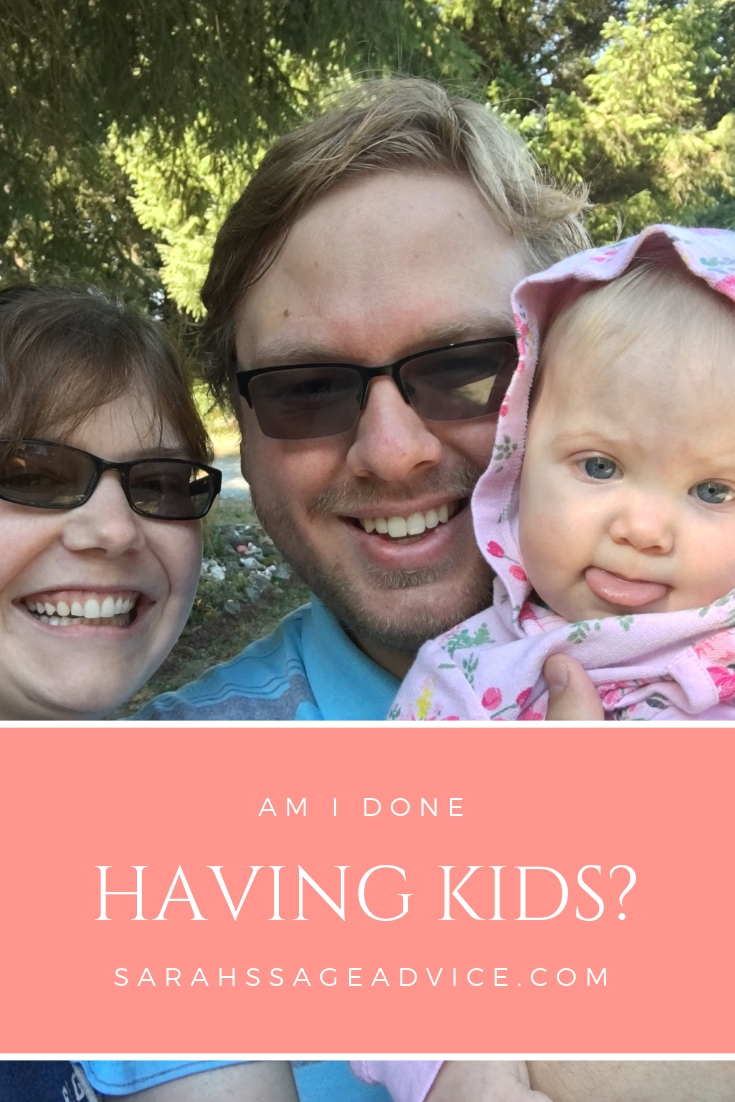 Am I done having kids?

This is a question that’s been on my mind ever since my second child.

My son Jacob, was born six 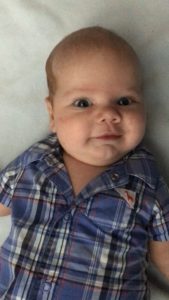 Most of the time, I love it.

I always thought I wanted four kids of my own. Not as big as my parents had but not too small either. I thought it would be perfect.

The things on my mind now?

Not really that old. It is still a very scary venture having kids when you’re “too old”. Or perhaps at least aging and not so slowly. I waited to have kids, no spry 20 year old, but I’m not trying to sound like 30 is over the hill. I never really had a boyfriend until I was 22. 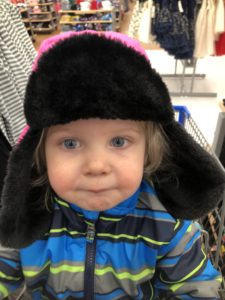 After that one boyfriend I explored a bit.

In my opinion, I was lucky.

So I waited and I had my first child, my daughter, in December of 2015.

My original thought process was I wanted four kids and I want them close in age. Partially so they would be closer but partially because by the 4th one I’d be significantly older. After the two so close in age, about 17 months, and the challenge that has been so far, I’m not sure I could do that again.

So do I have more just farther apart or do I just stop? Not only are there health concerns for the baby and myself, but will I be able to continue keeping up with them. Will I be a good mom that can play with them and have fun with them? Or will I be too old and not have the energy?

There are many pros to just stopping at the two.

Some of which I don’t truly believe are a huge concern but I’ve had pointed out to me by others many times.

The first is over population:

This is a really out there argument and whenever anyone tells me this I tend to just roll my eyes at them, but they get in my head. There are those that believe you should only have enough kids to replace yourselves, so one couple can have two kids. I don’t really believe this. Especially today there are so many not having kids at all, there’s no way to truly know how you having three or four effects the population and the current state of over population. 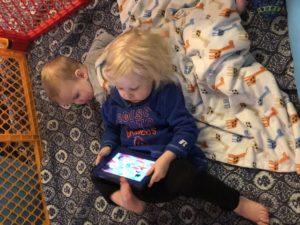 Of course a huge factor in the decision to have kids is money:

If we stopped with two there’s better chances we can give those two all the opportunities they want. We’d be able to put them in more dance, art, music, karate, whatever lessons they could dream of and we could help more with their college.

Then there’s our attention.

If we stopped with the two there is more undivided attention my husband and I can give each child. But, as one of six kids I don’t feel like I was ever truly gipped by lack of attention from my parents. So I’m not sure how much I would let that effect my decision either.

Cons for stopping with just two kids and not having more….

My husband and I make damn cute kids and so far they’ve been the best, happiest, most mellow babies I could ask for. 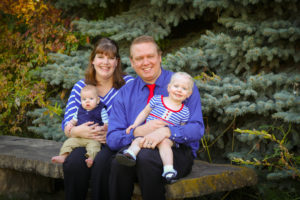 It’s a really hard decision that I’ve really not made yet. I’m still on the fence and I do not really know where I’ll arrive when a decision is made. It definitely has been stressing me out more than it should and has actually been making me ache, my heart hurts, to think, “maybe I should just be done now”

How to Know When You’re Done Having Kids

4 Ways Your Words Can Hurt the Mom with Anxiety