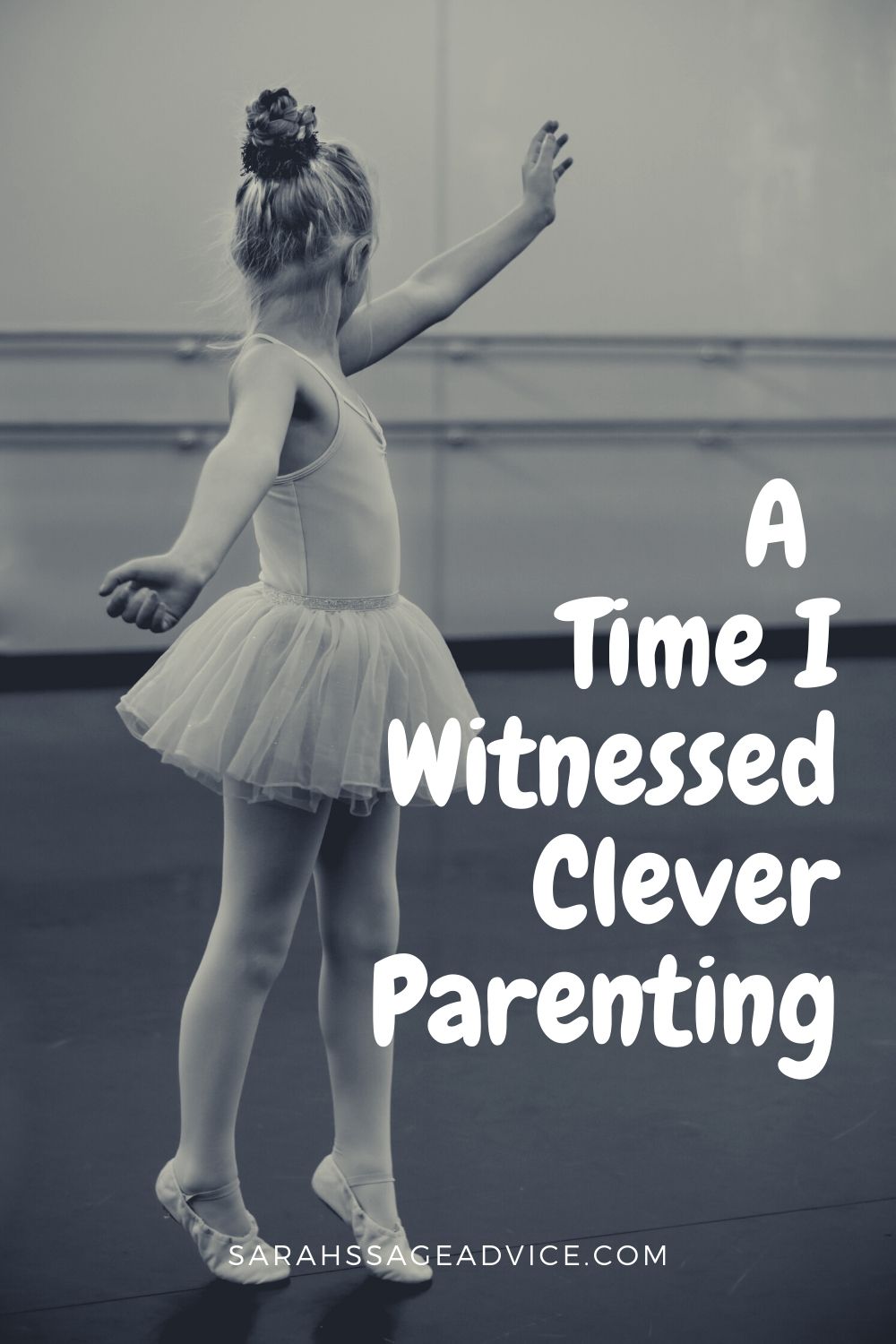 #Back before marriage and motherhood I taught dance classes for my local Parks and Recreation department. I had grown up taking classes from the same people that were now my coworkers and boss. Teaching kids definitely has it’s challenges like I’m sure every teacher, daycare worker, and many others can attest to, but there were many times when I witnessed clever parenting.

One of those instances I remember vividly.

I was teaching a dance class of three to five-year-olds. Understandably so, it was often the first dance class many of the kids had ever been in and the first setting where they had an authority figure over them, not mom or dad. It took patience as these little ones learned to listen to you, obey you, and have fun in a safe manner.

Many kids would have a hard time transitioning into class because it was new and scary for them. I remember once a set of twins came to my class and both were really unsure about joining in. I’d welcome them but they’d stick by their father’s side.

For weeks they sat on their father’s lap watching class. Every week at the end of class the kids would get free time to dance and just have fun without direction, and then they’d get a sticker. The father sat there with them, watching class, talking up how much fun everyone was having, but then as the sticker came and the girls wanted to go get one, he wouldn’t let them.

Why? Because they didn’t participate.

After a couple weeks of kids not participating there were many instances that parents would give up and withdraw from the class. This dad did not do that. Week after week they’d come even if it meant sitting there and watching. Him talking up the class the whole time, pointing out how much fun the other kids were having then refusing to let them have a sticker when they did not participate.

Do you know what finally happened? They joined in. They had fun. They enjoyed class and they got their stickers after participating the whole 45 minutes of class.

Years later I saw the father with his twin daughters at the Parks and Recreation dance recital. They were still at it and having the time of their lives.

But, it could have easily been different had their dad given up.

There are times when you have to understand the situation and teaching your kids to stick with something. When I was a kid, I always took it to heart when they told me if I started an activity, I had to finish the session, season, or whatever it was. I plan to instill that same thing in my child. You sign up for something you have to give it a chance.

How to Relax and Take Parenting Criticism

10 Ways to be an Outstanding Parent

4 Strategies to Teach Your Children Self-Control and Delayed Gratification